SCROLL DOWN TO SEE UPCOMING CLASSES AND EVENTS

[Many things have gone on hiatus the past few months, including whatever this is. Moving, for one thing, has taken full attention; resettling into an entirely new (for us) living situation. One of the amenities that attracted us to this apartment complex was a well-appointed gym. I had also not been to the gym in several months. Other reasons added to the moving were involved. Today, after more than a month of settling in, most tasks up-to-date, I decided to walk down and play in the gym.

Slow and easy, I reminded myself, and so I did. The thing I now like best to do in a gym is to play with the intrinsic muscles. Body builders tend to focus on the extrinsic muscles, often at the expense of the little fellows underneath.]

An Introduction to Ortho-Bionomy®

Notes on a Hallucination of a Workshop

I might wonder aloud who you are. Can't really know what we'll do until I know who you are. Principles of Liberation Pedagogy. I'll ask som questions and go from there. I'll give some instruction, suggest some doing. I would like to say that this is a safe space but I no longer know what that means. All I can do now is ask that you each attend to your impact and I will do my best to attend to mine, and I come with the assumption is that we are all here wearing the healer's mask.

Imagine the world without life. No such thing as life in the entire universe. No beginning no end. No inside no outside. No ontology, there is no thing, no thingness.

But of course even in this void universe there is life because you are there imagining it. You make “the all of it” a thing in itself, you bring the ontology, the boringness, the drive to be, the ongoingness. And then time, so there is no eternally becoming but an insistence on being, the will of time. You have the time, you have the will.

I’m here under cover of introducing you to Ortho-Bionomy®. What  I’d much rather do in this brief time is completely upend how we view the world, ourselves and the world mutually constitutive. Ortho-Bionomy® is teaches us to follow the path of least resistance, to follow the plan of no plan so we’ll start strolling down this path and see which fork we’re talking.

You might be told, in a basic Ortho-Bionomy® class, that you yourself are the only tool you need. The more you use this tool the more adept you’ll become. Mere presence is your most powerful magical healing spell.

What things do I consider most important to know about Ortho-Bionomy? I make a list:

Holding On and Letting Go

The Extended Organism (the Phases of Ortho-Bionomy)

There is more here than we will have time to cover in the brief time of our workshop. At least there is mention. Consider this a menu, we pick and choose. I left a gap, put PR on the bottom. This may be what most people think of as Ortho-Bionomy but I'm placing it here of a of lesser importance, hope we get to it but tht's what nearly all the basic classes all over the world will start you on.

[A word about words. I've neverf been comfortable with the term 'bodywork, I don't care for the compound word 'worksop.'I don't like how work has co-opted us, what work has taken from us When do we change the terms to the agreement made way too long ago. When I call this a 'workshop' hear it in those scare quotes because we know that this space of learning must be a ludic space, a playground because we all know the greatest learings we do in life happen in the ludic mode. Then there's that root word 'body' also problematic. What exactly are we talking about?We have been dominated by one story of the body, using the story of reductionism to tell a story of the body and insisting it is the story. Let there be other stories to tell the story of the body. Re-story the multiverse.]

I had a neuroanatomy text. At atlass, bare bones: this is the structure, this is its function. Some where in the middle of the text there was inserted one editoral comment, authorial voice stating that our sense of well-being is our most underdeveloped sense (I don't recall what real estate of the nervous system was identified as associated with a sense of well-being). The author went on to warn about the dangers of this lack, which he felt to be the gravest threat to health.

A well-functioning SOWB is like a beacon, or something that carries you along, like a nice warm current. I like to imagine being a monarch butterfly on its magnificent migration (or any migratory beast, flying, swimming knowing without any way of 'knowing' which way to go).

If this were a class it ethics (and it actually is that, too) we could be introducing Aristotle. What's the connection between this SOWB and Aristotle's eudaemonia? What is goodness?vWho am I in relation to you and what do I owe to others? Since this is not an ethics class (even though it is) we will leave Aristotle here.

Let's play a game of as-if. Pretend that your SOWB is something that is streaming at you from out there. By a praxis of turning, of orienting in the field, you can face fully into your SOWB, which you then feel fulling arising from within. What you are looking for is looking for you.

There are several ways we will play with this, with at least two very practical applications. We could spend many days with this, trying out applications, making up different ways of being with this world, swimming along a beam of greace. We will do a few things that involve moving, turning, facing; singly and in pairs and maybe larger combos

This rather naturally takes us into what is called Phase VII in Ortho-Bionomy. Orienting around a touched corporeal point. Find the angle. Coming at it from another direction.

[Shoul we get into hyppocampal place cells here? That technical sort of 'expert' knowing does not help a whole lot but we will see what people think they want/need.]

Looking back at my list I wonder where this might go next. We won't know until we are there together doing it. But right now body schema is salient. I direct your here to see what's in the glassary on body schema. I hope to add more to this entry, or direct also to Motor Cognition (see References, Jennerod, Marc) but that's not yet written.

Whatever names we use, whatever words, the curiosity at the core is this: How does a concept, a thought, move matter, achange the world. We want to hang our in that hinge. Playing in the "as-if." We will certainly play the childhood game of Simon Says but will be aiming for a different impact, a different take-away (not "You must pay close attention" as your teacher taught you).

News flash! There is no Universe! It's been a multiverse all along.

If we were to define the body as the site of physiology then the appearance of the body radically changes. Many necessary physiological functions take place outside of what we normally define as the body. We can begin by looking at the microbiome.

At the risk of ex-communication (and we should always be under that jeopardy, dear ones) I come out of the closet as a teacher of orthobionomy as a magical* praxis.

Applications of Ortho-Bionomy® as 'bodywork' are the means and not the end. Through going deeper into the experience of physical connection, facilitated by orthobionomy, we explore the magical* underpinnings of reality.

'What if Science and Art are but two branches of Magic?

If we can define magic as (subversive) resistance to a fixed point of view, then . . .

The natural metabolism of trauma will be a main focus True healing is reciprocal. That is to say, You get the work through giving the workit's not a zero-sum game. We will be playing with the body schema because if there's magic involved . . .

Orthobionomy clarifies the bond between self, other, and world. Care of the Other through Care of the Self

These three classes offer the best methods that Ortho-Bionomy® has to offer to allow the transformation of trauma. Care of another done from a base of care of the self.

More than anything this is time for yourself but it is far from selfish time.

We think of isometrics as something static, holding. What we will be paying most attention to is movement, movement itself, the idea of movement. And clarification of boundaries, boundaries as junctions--not barriers or walls. The place of meeting, of being together, as if one, and thus One. It is not unexpected to feel bones move as if self-motivated, the bone itself coming forth of its own inner will and reinserting itself (and need I say it, "as if by magic").

Orthobionomy clarifies the bond between self, other, and world 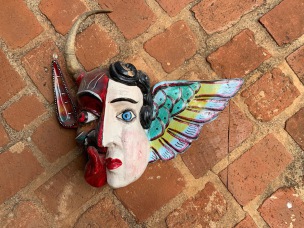 "Yes, there is beauty

All you who suffer from the world's