On Exactitude in Science

. . . In that empire, the art of cartography attained such Perfection that the map of a

of a Province. In time, those Unconcsionable Maps no longer satisfied, and the Cartographers

point for point with it. The following Generations, who were not so fond of the Study of

Cartography as their Forebears had been, saw that that vast Map was Useless, and not

without some Pitilessness was it, that they delivered it up to the Inclemencies of the Sun

and Winters. In the Deserts of the West, still today, there are Tattered Ruins of that Map,

inhabited by Animals and Beggars; in all the land there is no other Relic of the Disciplines

I don't have to worry about time, triggers, or which one is first, and so on. My hands just touch and away

they go, moving here and there. It's constantly amazing to me: like in a dance, I'm making up the moves,

so infinite and beautiful to behold, experiencing patterns that cannot be catalogued, but which dance on

into the spiraling light of reality. Now it becomes the play I used to pray for. Instead of praying now for

things as I want them, I accept those I play with, and myself, for what they are.

Phase Four, then, becomes the open door through which we step out into the garden of life, full of sunshine 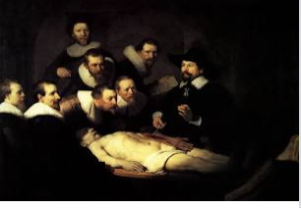 The Somatic Me, The Flesh of Me

It is specific, bounded. It is body written in the lower case. Through several hundred years of usage it asserts itself as all that is really important, really real, about the Body. It makes of the Body an object. The body is a product of dissection.

This is the atomised body. Take it apart to see how it works. Universe is a vast macine. Even Freud was grounded in the mechanistic metaphor. Psyche is a hydraulic system. Pressures build and must be relieved.

Death is a one-time event. A clear and distinct boundary, when in reality it is a loss of specificity. 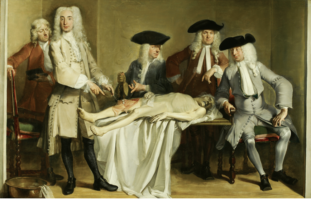 The Somatic Me, The Flesh of Me.  Phase Four is concerned with specificity. The body is a clearly bounded object (though always––embarrassingly––a leaky object). It is body writ in the lower case. Mind, spirit, soul, relationship, connection: all that seemed to be not of its physicality scalpeled away. The body is a product of dissection.

The technics of the time pressed people into characterising the universe using machine as the basic metaphor. Stlls, first and always a farmer, then during the Civil War an army surgeon, later the founder of osteopathy, followed a mechanistic model of the body.

Most often taught as Basic Ortho-Bionomy and the Place to Begin. There is nothing 'basic' about it and it's no better as a starting place than any other point along the circle. It is just another way to focus.

Most directly traced to osteopathy and a mechanistic way of approaching the body. Most often taught as Basic Ortho-Bionomy and the Place to Begin. There is nothing 'basic' about it and it's no better as a starting place than any other point along the circle. It is just another way to focus. 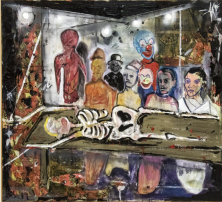 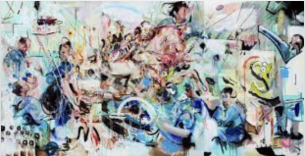 The point I want to make, staying with the shoulder, the number of points just about the surface part of the body is a countable infinity, a probability cloud of points. There are seven (or eight) points close to the shoulder that are most likely (highest probability) to be effective. By effective I mean, Find by palpation a point that is tender (dolor) or hard (rigor), Keep a finger in the point and move the arm until the pain and/or harness diminish. If it is effective then the shoulder works better. 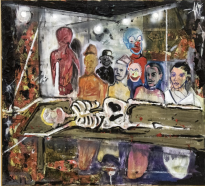 Phase Four makes a point. It has many points. We point out the points. Take a shoulder, for instance. Formalizing the seven points (or is it eight) of the shoulder was quite a process. Pauls kept changing his mind. We nailed it down to seven (or eight) and for the purpose of mnemonics put them in a particular order, numbered them. There followed then a little dance of moving the arm about and pausing for each point in a particular order, superimposing a spiral over the shoulder, a spectral tattoo. This was done for the purpose of didactics, one way to get started. 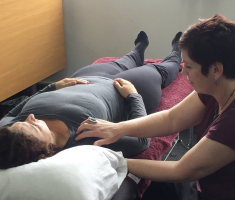 I chose the shoulder because of its complexity. 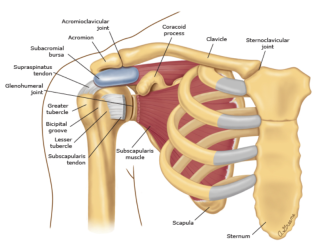 Complicating the picture even further. "Frozen shoulder" is a not uncommon dysfunction. When studying the medical literature on the subject I learned that once upon a time orthopods had identified a frozen shoulder personality disorder. That is to say these physicians found these patients difficult to deal with. The physicians assumed these people were predisposed to frozen shoulder because of their 'broken' personality. Later research sorted things differently. The dysfunction of the shoulder came first and this led to effects on personalty (how a person presents to the world).

Why PRT works and how Phase Four is not just PRT. The Body has a foundational approach to managing the response to injury, to try to prevent and to repair what injury may have been inflicted. 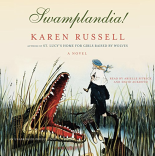 I came upon a passage in this novel, Swamplandia, which made Phase Four make sense to me.