I want to do less of the work. Who would like to take on the task of archaeology of an orthobionomy crank? Is it digging up the outhouse or is it a temple? Perhaps its the outhouse of the temple.

[Ours is not the standard stroy of Chapman's Reflex Points. If you are interested in an in-depth review of what I refer to as the 'standard story' I refer you to William H. Devine in Sources. History, theory, and application in a PowerPoint format.]

[Sometimes I write in silence and sometimes I add music to this ambiance. I started silent and was wafted a scent of jazz organ and suddenly I hungered for Jimmy Smith. A quick search got me The Sermon. I have no idea if or how the music colors the writing but thought I should let you know a tiny bit of what's in my background as I write. Does this have anything to do with 'transparency?' Did anyone catch the above synesthesia?]

[With a class being planned soon (Aug 14-15, Bozeman MT), I come back to this. A poem has inserted itself that wants to start things off]

A landscape blossoms within me

and only its evanescence

separates it from the nature all around.

The two are merging together,

melting into each other with no boundaries

and the place where my soul’s house once stood

Only a few stones that I’ve heaped

on the shoulders of those close to me

will be there, gathering moss,

and maybe a rose, a midsummer rose

will bloom amid the long hay,

and the achillea and the iris and the apple trees

will grow from the seeds that I’ve let fall

beside the path, on the way to the sauna,

and maybe the butterflies, from generation to generation,

of all things the most fragile,

and my adder and my lizard, and my frog

will be happy here.

At last it will belong to them entirely

as was meant from the start.

It’s past now, this time

of humans at the centre of things

and the era of nature is beginning in me now.

My dreams are coming to pass like a resurrection

and everything bears witness to the faith.

Perhaps I have been staring too long into this plate of spaghetti. Bit while staring I pulled The Book of OI out of the tangle. I feel I owe a large debt of gratitude to Oi, whoever they are. You did a delightful job of pretty well summarizing where things are with Chapman's Reflex Points, what that sliver of our culture has even vague awareness imagines them to be.

Oi, you raise the question of 'Voodoo' and seem not to have addressed it. You give the suggestion there may be magic afoot. I would (parenthetically) ask you to reconsider using the word Voodoo as it cries out  colonialization and cultural misappropriation.

You refer, Oi, in your first sentence, to CRPs as an area of 'medicine.'  I have been struggling with the use of this word myself in categorizing this system, which I refer to as the Chapman's Reflex Network (CRN). In a very broad sense of the word medicine we are meaning technologies with an aim toward curing and healing, managing illness and dysfunction is focused on more than improving 'health.' Repairing damage.

Our approach must of necessity be part magical as this network does not actually exist. It lurks in the shadows in dusty corners of osteopathic literature and has been trotted forth

Magic is alignment and flow with how things actually work. It is also the ability to fractally track the workings up and down a scale. Like playing a long con. Seeing consequences further along, not just an immediate goal.

I'm only concerned with healing magic. Heal in the older etymology to make whole. I would add enlarge, healing follows from connecting. Plato defined love as "simply the name for the desire and pursuit of the whole."  By these terms 'loving' and 'healing' are synonymous.

Healing magic can be called psychosomatic medicine though some of us cringe at either or both of these words.

[Footnote?]I first want to get off my chest an annoyance I have about the proliferation of classes and Google references to Chapman's neurolymphatic reflexes. A bizarre 19th-century sciency book has become a sort of bible. Time stands still and few questions are asked. A search through more contemporary osteopathic literature (Chapman's reflexes are in their domain) questions this neurolymphphatic story. A deep phenomenological and orthobionomic inquiry of this reflex cohort yields a far different version of the body and its techniques. There is a kind of naivety common throughout the teachers of Ortho-Bionomy and other practices. It is intellectual laziness. Just memorize this thin text and charts, historical documents of a 19th-century version of osteopathy and you'll be fine. The points are pretty much isolated, individualized. This fits with the old view of bodies and isolated and individualized. It is an archaic story.

Following the connections of the points to realize a network and reveal how it functions, what jobs it does and an entirely different structure for the body emerges, one of bodies connected, entangled, with all kinds of other bodies and beings. 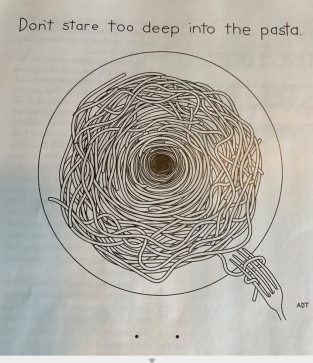 When Arthur Pauls introduced Chapman's Points I did no like them. I did not like the way he addressed them, The method he taught was very painful, inconsistent with all other aspects of Ortho-Bionomy. He imported from osteopathy something that he thought would help fill it out, a method to address visceral issues, as he put it. I did not want Chapman's Reflexes to be a part of the program we were creating. I did not like Chapman's Reflexes. We finally struck a deal. I begrudgingly accepted Chapman's Reflexed into the program, Arthur let go of something I liked even less. I did not have to teach the stuff. When I got over myself over the years I undertook an intensive interrogation of Chapman's Points and learned how wrong I was. The  Chapman's Reflex Network is the very essence of self-correction and I learned how to converse with and coax these delicate tendrils of connection.

Playing with the CRN intersects with the body schema, isometrics, posture, Phase 7, and trauma response. Seeing it as a network rather than just a jumble of points opens us onto the world of self-correction, social homeostasis, prediction