My father was a progressive farmer, and was always ready to lay aside an old plough if he could replace it with one better constructed for its work. All through life, I have ever been ready to buy a better plough.

Osteopathy and Osteopathic Medicine –– Osteopathy/osteopathic medicine is a person-centred system of health care. Osteopathic care includes a highly developed sense of touch as a significant component of the diagnosis and treatment of patients. An advanced understanding of the relationship between structure and function is applied to optimize the self-regulating, self-healing homeostatic capabilities of the whole person. The profession of osteopathy/osteopathic medicine is practised in many countries throughout the world.

Osteopath –– is a person who has achieved the nationally recognized academic and professional standards within his or her country to independently practice diagnosis and provide treatment based upon the principles of osteopathic philosophy. Individual countries establish the national academic and professional standards for Osteopaths practicing within their countries.

Osteopathic Physician –– is a person with full, unlimited medical practice rights and who has achieved the nationally recognized academic and professional standards within his or her country to practice diagnosis and provide treatment based upon the principles of osteopathic philosophy. Individual countries establish the national academic and professional standards for Osteopathic Physicians practicing within their countries.

The American Osteopathic Association’s House of Delegates approved the Tenets of Osteopathic Medicine as policy which follows the underlying philosophy of osteopathic medicine. 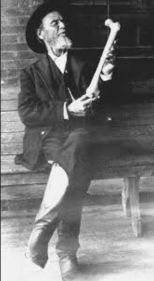 Osteopathy was founded in 1874 by an American physician, Andrew Taylor Still, (1828-1917) who defined it with the words “Movement—Matter—Mind.” He established four main principles :

Structure governs function. Any disruptions in the body’s structure may lead to locomotive, organic or visceral issues and illness.

The law of arteries is absolute. If blood circulation, namely the artery’s circulation, works normally, the disease will not appear.

Homeostasis, the process by which every living thing makes continual adjustments to keep itself in a stable condition, and function to the best of its ability. The human being possesses self-regulatory mechanisms.

The body is a complete unit. Andrew Taylor Still emphasised not only the unity and interdependence of each and every part of the body, but also the unity between the body and the mind.

"To find health should be the object of the physician. Anyone can find disease."

Besides positional release other manual techniques of osteopathy were borrowed into Ortho-Bionomy, This most obviously includes Chapman’s Reflexes and Isometrics (muscle energy techniques). Those parts of manual osteopathy that were borrowed are all what are called indirect methods, relying on refelxes and inherent self-corrective responses. Pauls’s goal for Ortho-Bionomy was to develop a healing system with a practitioner doing as little as possible. Pauls was also convinced that a deep knowledge of anatomy and physiology need not be a requirement of the effective application of the methods of Ortho-Bionomy.

The differences between Ortho-Bionomy and various medical practices becomes very apparent in the Ortho-Bionomy approach to the cranial field. Dr. Pauls had taken various courses in cranial osteopathy and found them unsatisfactory so he set about developing an approach more consistent with the principles of Ortho-Bionomy. There are a couple of things that Pauls’s approach has in common with cranial osteopathy: most obviously both involve contact with the head and both  see this as a way of connecting with the whole person.  Sutherland, however, introduced the idea of somatic dysfunction of the head and performing actions to correct the relationships of the various elements whereas Pauls stressed coming into relationship with the person and simply being present in the field. Pauls frequently stated that when he did cranial work he was working with the aura, but his definition of ‘aura’ was perhaps unique to him: the aura is the relationship between two people. So the Ortho-Bionomy cranial approach involves coming into relationship with another person (while holding the head in a variety of ways), and managing your own response. The two crucial elements are timing and presence. The object of the subject is the subject. This approach recognizes that the boundaries between two people, at a functional, physiological level are blurred.

It is also not possible to ignore the ethical implications of this way of working. The goal is not to fix a dysfunction but to manage your response to another person, to become in the process more authentically available and vulnerable while being in that place (physiologically defined) where you and the other are the same. Ortho-Bionomy cranial work is a practice in ethics. Indeed, Otho-Bionomy itself (in the form I refer to as Radical Ortho-Bionomy) is applied ethics.

In searching current osteopathic texts on the topic of Chapman’s Reflexes I found it frequently stated that these reflexes are to be employed within the context of a complete medical approach. The same sort if statement I have found in researching the osteopathic cranial

That being said, however, it may be of some interest to consider the current osteopathic view of the cranial concept. Much of this is not well established with research and some (such as patency of cranial sutures) is hotly debated. The approaches to the cranial field indicated by Dr. Pauls renders most of this irrelevant as the primary approach is to simple be present with what is (whatever that ‘is’ may be). The cranial concept is taught in the context of a complete medical osteopathic process and requires extensive training  concept.  Though many who practice Ortho-Bionomy hold licenses in a variety of medical and related fields a significant number simply practice Ortho-Bionomy.

Was somebody asking to see the soul?

See, your own shape and countenance...

Behold, the body includes and is the

Concern, and includes and is the soul

I can find no evidence that A.T. Still and Walt Whitman ever crossed paths or if Sill read any of Whitman’s poetry. The two had many things in common. The relation of Ortho-Bionomy to osteopathy though is to me akin to the relation between Whitman the poet and Still the physician. It is unlikrly their paths crossed during the Civil War—Whitman being an easterner and still fighting in the midwest.  Whitman volunteered as a nurse in Union hospitals. At least one account (Wikipedia) claims that Still worked as a “hospital steward” and possibly was promoted to surgeon though there is no mention of this in his autobiography.

Still was an active abolitionist, prominent in the Kansas legislature on the side that prevailed in Kansas being admitted to the Union as a free state.  For Whitman, the Civil War was about the body. The crime of the Confederacy, Whitman believed, was treating blacks as nothing but flesh, selling them and buying them like pieces of meat.

Whitman’s central poetic idea was that we do not have a body, we are a body. Jonah Lehrer writes in Proust Was a Neuroscientist:

Whitman's fusion of body and soul was a revolutionary idea, as radical in concept as his free-verse form. At the time, scientists believed that our feelings came from the brain and that the body was just a lump of inert matter. But Whitman believed that our mind depended upon the flesh. He was determined to write poems about our "form complete.

Lehrer goes on to write:

Neuroscience now knows that Whitman's poetry spoke the truth: emotions are generated by the body. Ephemeral as they seem, our feelings are actually rooted in the movements of our muscles and the palpitations of our insides. Furthermore, these material feelings are an essential element of the thinking process. As the neuro-scientist Antonio Damasio notes, "The mind is embodied ... not just embrained.”

However they came to it, both men, in the same period of history, came to a very similar undertanding of the body, one which modern science is sill struggling to catch up to. The Civil War is an apt metaphor for the body (the body politic) fighting against itself, splitting off from

itself. In their work to bring that body back together (to free slaves, to resist the secession) they both somehow came to a view of the individual person as a unity of body-mind-spirit.

From within the field of medicine come a number of critiques. In the 1970s Lewis Thomas presented the sad state of affairs in medical a education that gave to value to the humanities. Recently, cardiothoracic surgeon Eric Topol chronicles the history and consequences of overweening paternalism. Payment systems force limitations onto physicians that lead to greater and greater dissatisfactions on both sides. Ironically practitioners of the so-called complimentary and alternative options try to look and act more and more like medical practitioners (while usually bypassing the amount of training required to become physicians). Science-based medicine has great value and it has great shortcomings. Ortho-Bionomy is the art of connection, not another way to try to imitate mediicine but to make a real and different contribution to the art of healing.

There are no entries yet.