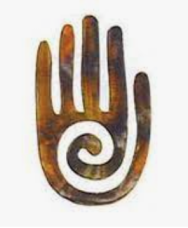 [Indicates a desultory feature of my writing process. This is meta, commentary about the process or the context or even a distraction. Sometimes much like a footnote but I have not figured out how to do a footnote on this web page.]

The next time I enter an airport to fly off to somewhere I can leave my shoes on. I flew just before my 75th birthday. Then I was at risk of wearing shoe bombs. Now, at 75, I am no longer a risk. Clearly, something magical happens on that special day one turns 75. Alas, no shoe bombs any longer. But times are strange. It may be that by the time I fly again this will all have changed.

At 75 I feel that I am poised on a brink of understanding certain matters but there is a counter trajectory as the deterioration takes over. About all I can do now is to make a list of some of the thoughts that have recently emerged in my practice and study of orthobionomy unphased.

There is this class that was to have happened in New Zealand, organized by Colin Gibbs, which I was to have taught a piece by Zoom. Covid surged and the class was postponed. It was perhaps just as well as I was traveling a lot. There was a time I could have been traveling and planning at the same time. That was what I expected to do. I did not appreciate that in my mid-seventies traveling was all I could do. Now I have little to do but think about what I might do.

When I was young I could not come up with any good projects. Now I have a list of rich projects, any one of which could occupy a lifetime. Cue cosmic laughter, the joke is on me.

What do people mean when they say Ortho-Bionomy feels like magic? What is ‘magic?’ Something that happens that does not follow the laws of nature. Orthobionomy is a search for the laws of life. If life has laws they so far remain hidden. Things that seem to be magic are simply waiting for the laws (or mechanisms) to be discovered, waiting for the right hermeneutic for there to be understanding. Science is methods by which laws of nature are discovered, revealed, understood. Science is a hermeneutic. But ‘nature' is a human invention. The concept of a ‘universe’ is another such invention.

Wander around here, peruse this writing. Read it randomly or front to back. Underline anything that sticks somehow in your craw: resistance, engagement, horror, delight.

[I wonder what sort of engagement boredom is. What is meant by ‘utterly bored?’ Can’t be more disengaged from it? One must be very deeply engaged with it to earn such a disregard. Bring in the apophatic register.]

Copy out a list of the underscored bits. Paraphrase if you’d like. Play with the list, argue, defend, refute. Find different ways to arrange and rank and order it. Put each one on a scrap of paper and fold them up and toss together and arrange a list in order of draw. Or just number them and just put the number on a paper in the hat and draw them out one at a time.

Now look at this random list. Do you find meaning in the way it fell out for you?

Bring the list(s) with you to class. This will be the base of the playing I will facilitate.

I could call this a list of theories (or counter-theories) that I have been playing around with. 'Theory' in the sense of a proposition we can play with.

A system is an expression of immune function. Immunity is a resistance to external pressures that are an existential threat to the continuation of the system (always a subsystem).

A hermeneutic is a method of interpretation. An immune system is a hermeneutic.

Things move through you with degrees of resistance. No resistance and the thing has no existence (not for you).

Movement is always bidirectional. At least animate, intentional movement. Maybe all movement. Can’t-Step-In-The-Same-River-twice Heraclitus had it right, Fire (a metaphor for movement, change) is the base. Octavia Butler had her heroine proclaim that God is Change. And some say God never changes.

Theology again. We can (and do) set it aside but it cannot be removed from Ortho-Bionomy.

We say of time that it moves (even though we have not a clue what that ‘it’ actually is or even if it is. If it is a thing that moves and if movement is always bidirectional then time's arrow goes two directions. This could explain circular causality. It can also be seen in history. As a cultural practice or belief changes, so does its past, its history. The past is as mutable as anything. When something happens it does not become as carved stone.

Take a theory, play it out with an other Body. Play Ortho-Bionomy with another one (or more but not too many). A theory, a register.

What register? What body locale? What technic? Magic is meta, how these choices are made or if they are ‘made.’ What is made for you, what is made by you? Jose Ortega y Gassett observed that life is what you do and what happens to you. The Body is an intimate fractal blending of these two. ‘Your’ body is part of what happens to you. In part your Body is a result of what you do to ‘it.’

Watch these two movies back to back: Chang Shi: Legend of the Ten Rings, then the 1946, Fred Astaire, Ginger Rogers film,The Barkleys of Broadway.

Magic exists in the subjunctive. That is to say it doesn’t ever exist. Maybe the same can be said for god. Somme would say god is bigger than that, “god is God.” Theology must have its due but right now I have no dog in that fight. Set god aside for now.

The as-if register of the Body

Is magic pure potential? Some have said this is what god is.MOVE

History and Time and Movement

Can I do this in nuce (Latin for ‘in a nutshell,’ succinctly)?

Through playing with the effects of trauma we often learn how ‘normal’ works. Following trauma took me to the concept of the Body Schema (framed round about 1915 by English neurologist Henry Head, famous for his own work with trauma patients).

Long before my friend and fellow orthobionomer Dr. Lynn Drummer introduced me to the Readiness Potential. Eventually the two concepts merged: Readiness Potential is a measurement of one aspect of the Body Schema. Then I read Libet and learned that it may very well be that the act begins before the thought. A thought begins when there is an awareness that movement has begun. Time plays a trick here. “I am doing this so it must be that I want to do this. And I want to do this because . . . .”

Inner isometric play had also had me exploring around that ‘line’ where thought becomes action.

There is certain theory of communication that separates meaning from intention. Intention is a story you tell yourself. The story of you motives is a made-up story. The meaning of your communication is seen in the response of the recipient. Meaning is in the caboose.

I have brought meaning into this (did ‘I’ bring it?). I had planned for that later but now more words about meaning seems apropos. I have wandered a bit amongst theories of meaning, the meaning of meaning and so far this seems to be an Original Idea: an event must occur within a certain range of scale to have any meaning. Meaning exists only in the Goldilocks range. Time must not be too short nor too long. The closer it is to you geographically the more meaningful. As soon as this is realized up pops the hyppocampal place cells and suddenly your likes and dislikes are geographically mapped.

[And by the way, you can change the mapping. Make something feel as if it is closer to you and you change the way you feel about it.]

An interesting and little-known feature of Old Hawai’i: no poisonous mushrooms grew there. Also, no edible mushrooms grew. There were mushrooms growing, horrible to eat but non-toxic. There was also no word in the Hawaiian language for ‘mushroom.’ Essentially these creatures were not ‘seen’ because they had no use for the kanaka maoli and thus no meaning.

We have words like the Void, the Abyss to refer to what is outside the range on the scale where meaning resides.

A sister of a friend just had her colon removed. An extreme surgical intervention to relieve years of suffering: imagine what it is like to have only a monthly bowel movement with excruciating pain. Hearing her story I suddenly felt very lucky in that this body happened to me a very mild (by comparison) colon condition. I had bemoaned my ‘luck’ in having this to deal with and now I rejoiced in how luck I was to have gotten it in such a mild form, rarely causing any discomfort. I was raised on the old saying, a favorite of my mother, “I cried because I had no shoes until . . .”

What this does is take something that is big (and means one thing) and magically changing it into something much tinier (and thus means something different).

[If you want to go further down this road check out the work of Lorimer Moseley, an Australian pain researcher. Here is a YouTube for an introduction. Short, amusing, informative: