The senior instructor of Ortho-Bionomy®

[I must start to constantly remind myelf: before I eat anything I want to have a good drink of water, and remember, too, that I don't want to have to get up in the middle of the night to pee.]

I want that all my actions keep me close to the path called Ongoing and that every moment is a kind of healing. I want to try different ways of thinking about what it means to be  embodied; extend the landscape of the body/person.

I cleave close to orthobionomy and have great respect for Ortho-Bionomy®.

Knowing that the boundaries between self and other are sketchy at best, I am leaning to collaborate and negotiate within that multitude of agents we call the Self. There are many valid ways of knowing. I am finding better stories to carry us toward the goal of carrying on.

Continuously updating to a better version of human.

Anyone who feels inclined to know Wo I Am might just rummage through this Webook. Bits of me scattered throughout. A person is also who is withheld and there is always a withholding. Perhaps this is what Jung was sensing toward with his talk of the shadow. As an example, I point you to the Sources entry Stein, Gertrude.

I learn and teach about changing scopes:

Don’t just hold the elephant by its trunk or tail.

Cobbling together versions of the Self and

Versions of the Other,

Finding better ways to be human.

Making a story that goes on forever.

I teach about putting things in frames, changing frames

(and seeing the frames you didn’t see as frames,

maybe how you’ve been framed)

Curating a Fierce and Gentle rearranging of frames and things.

You really can change the world and this is how it’s done.

Based in the Body (and how the body has been framed)

There is some science (both the soft and the hard)

Some poetry, some pictures,

Some philosophy and theology.

Play is the thing, play of a most important kind. 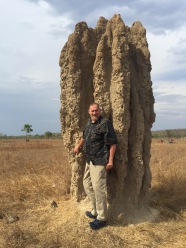 I lead workshops and retreats

I am the senior instructor of Ortho-Bionomy®

and the preeminent scholar of orthobionomy.

I have chased down many halls of The Academy, formally some but most autodidactically, pulling on threads, stochastic methods, giving pride of place to chance encounters.

Or what may clinically be called Attention Deficit Hyperactive Disorder (non-hyperactive type, ADHD for short).

Only it's not a disorder. It's what makes my life fun to me.

Many things hang-dangling at various stages, phases toward completion.

I was the first and am certainly is the most senior of the active instructors of Otho-Bionomy®.

For what that may be worth.

My father was a shipbuilder.

He tried to pry me into the trade.

"College is a waste of time; learn a trade."

My father was a tradesman.

He never did see Ortho-Bionomy as a trade

and grudginling at first considered nursing as a trade

Eventually saw me as a fellow tradesman.

I did stints in the shipyard,

As a joiner, I made journeyman in the union hierarchy.

Because I am tall they paired me with another tall man

and we installed overhead panels.

While the other, with a Yankee driver, screwed it in place.

We were the fastest team, eschewing ladders and supports.

I still have the image of an old joinerman whose job was flooring.

He walked the world bent into a question mark.

with arms the daylong raised up heavenward?

Now, in spite of not working the flooring

(Perhaps because I avoided working the flooring)

I am in the process of negotiating not to be a walking (?).

With a life of hyperactive slouching

A tendency has crossed my threshold,

A tendency pulling me from the upright.

A griping tendon in my inner thigh,

An anterior pulling on my torso,

An ankle that won't reveal what it wants

(Or what it seems to want seems too absurd);

A thing I call 'dysvestibulation'

a sciency sounding word I made up to mean:

Disorientation when in the upright,

Uncertainty about where I am and which way is up,

Orthostatic Hypotension which means I almost pass out

when I stand up and most safely stand and walk

In a partial crouch, an embodiment of

me questioning my stability in the world,

The basic relationship of being,

Relationship to this place

and orienteering outward around a turning point.

One thing I dislike doing is taking charge of a conversation with boring recitations of my maladies. Old men sharing bowel and bladder stories.

Parts of aging are not beautiful. Why do you think Sidhartha's mom and dad kept old people from their Darling's sight?

But for purposes of transparency (which also see)

I am building a special corner I'm calling my COLLYWOBBLES. A special little chapter to chronicle the bodily maladies of aging.

I have found another turning point,

A decision made in favor of ongoingness,

actions to support and promote continuing on.

Maybe only a featherweight added counter to the doubt.

I make a choice. Poetry helped a lot. I cast my lot.

Not any other reason I can find to continue growing old,

And this maybe is true at any age.

My ambivalence at my own continuing on corresponded to feelings about the world at large, the human portion of it. There's always been this weighing in the balance.

Are the "Good Bones" enough?

It comes down to this: I am here and I did not will myself here.

So what am I doing about it?

Is the world going to wrack and ruin

or does it always seem to exist

hang-dangling on that verge of being and non-being?

Are we living in Catstrophic Times as so many smart people are telling/yelling us?

Learn the Process rather than the Position.

Some thoughts about teaching

Our most potent learning happens in a field of play, some call this a ludic space.

On the balance board of structure versus freedom, I am drawn toward the freedom end.

Optimism as the overall mood as this serves best when the choice is made for continuing.

Oh Yes! And... the preferred response.

Old to young, beginner through to most advanced equally invited.

"There is no such thing as a neutral education process. Education either functions as an instrument which is used to facilitate the integration of generations into the logic of the present system and bring about conformity to it, or it becomes the 'practice of freedom', the means by which men and women deal critically with reality and discover how to participate in the transformation of their world."                     — RICHARD SHAUL, drawing on Paulo Freire 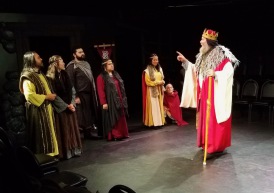 I was recently offered the challenge to play King Lear in the Hawaii Shakespeare Festival. With grave reservations I accepted, I was game for it. I am overwhelmingly grateful now I made the choice many years ago to change my first college major to Theater Arts from Oceanography and to have had engagement with theater a constant in my life.

I love attending performances of all sorts, but mostly the dramatic kind. I love sitting in a movie theater anonymous people breathing in the story together, attuning.

Are the dramatic arts a more useful way of riding the turbulence of life than the Navier-Stokes equations in physics.

Performance arts, dramatic arts are my Physics and Mathematics.

Working for the US Army for twenty years at Tripler Army Medical Center as a nurse specialist with the title Director of Consult Liason Services for Addiction I was able to focus a lot of my attention on posttraumatic stress disorder (PTSD) and related problems. as Consult Liaison I was closely associated with a cutting edge substance use disorder treatment facility. Substance abuse, mostly alcohol, is often the first resource a person turns to for helping in the management of the life-destroying effects of unrecovered trauma.

Relation to the Sacred (Theology) 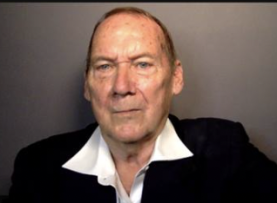 It seems for now I could be called a pantheist and

At the same time negational theology is intriguing as it entails the use "learned ignorace" so prized by Nicholas of Cusa. As to Religion I actively participate in the Unitarian Universalist Church. They come the closest.