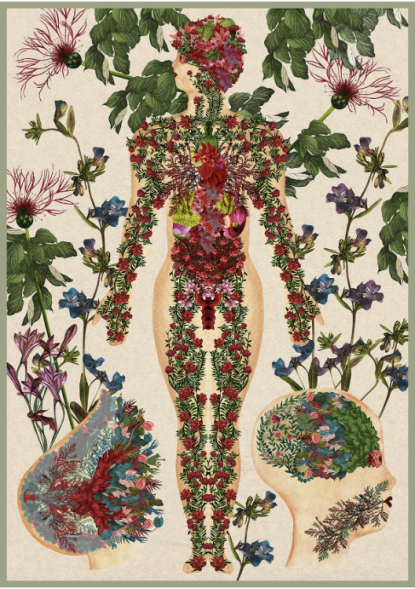 A landscape blossoms within me

and only its evanescence

separates it from the nature all around.

The two are merging together,

melting into each other with no boundaries

and the place where my soul’s house once stood

I thought of a labyrinth of labyrinths, of one sinuous spreading labyrinth that

would encompass the past and the future and in some way involve the stars.

Body: the physical structure of a person or an animal, including the bones, flesh, and organs.

Person: a human being regarded as an individual.

A defining (of sorts) of my own: the body is the site of physiology.

In Renaissance literature, the female body was often characterized as a "leaky vessel."  Later, Lawrence Sterne, in Tristam Shandy, extended this characterization to the body in general. I do not want to get into questions of the "gendered body" but I would venture that male and female bodies are equivalent were we to measure the leakages.

Adding 'person' to the equation complicates things even further. The word 'person' is sometimes used synonymously with 'body,' e.g., "He had the item upon his person." I (person) speak of my body, as an object that belongs to me, something that is owned by me. Or I think of my body (a vessel) containing me. My body is a thing (vessel) that carries me around in it. Personhood is more associated, in general, with the psyche.

Inspired by the geometric concept of the hypercube, or tesseract, I thought of the body in a similar way, as existing in multiple dimensions. The hyperbody is more accurately an elaboration of a 'hypertorus' (nothing to do with being hyperactive from the consumption of too many donuts). I was delighted to find (published in The New Yorker) the cartoon of Tesseract of the d'Ubervilles though the second cell bears little resemblance to me. What I find hilarious here is the mash-up of geometry and literature through a visual punning. Hardy added dimensions to a milkmaid, a sort of character who previously would have been one-dimensional. And by explaining the joke any humor just got sucked out. 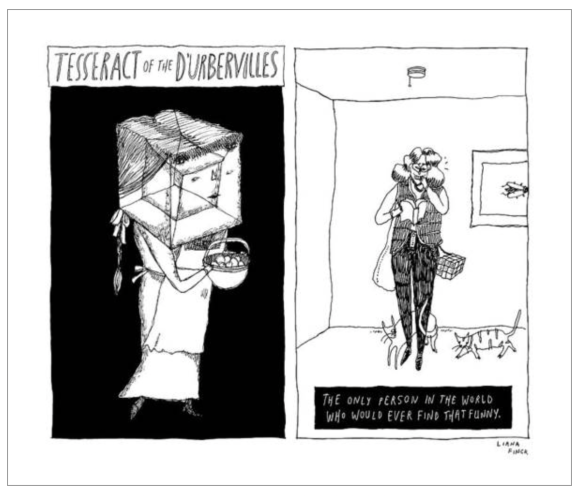 The body is leaky, too, in that it evades definition. What comprises and specifies a body? What are the essential elements, without which there would be no body? We must distinguish a body from a corpse. Our interest is not in the corpse (my audience is not morticians) but personhood must accompany the body. Though we tend to think only of the fleshy elements it is the person we are interested in caring for. The care we offer is freedom, greater freedom in the use of the body.

There are multiple ways of regarding and representing the Body. The history of how the 'cartesian' body became hegemonic is well documented. This 'body' itself, this way of regarding the Body, is a social construct, an interplay of politics and religion. This dominating version of the body (Phase Four in Ortho-speak) is far from the whole story. The boundaries of the Body extend far beyond the skin, in a physical sense as well as metaphysically.

Without elaborating on what is meant in Ortho-Bionomy by each of the seven (and 'seven' is not a number in the usual sense but a signifier, pointing to the metaphysical) our contention is that it is a way of tricking us into regardinG the Body in different ways, in different frames, different registers, perspectives.

Everything we see is a perspective, not the truth.

The Subjunctive Body   (The Body Shema)

Not a true beginning but a place to start:

Conception (that egg, that sperm,

her body coursing through Her body

Bouncing the tones and rhythms of her culture.

Birth is not an end of interflow but expansion,

She perhaps becomes he (or

they or perhaps do we even need to know or say).

Nourished from her very body or

on being each (both) from the start

if not from the very beginning.

Form and function matters of technic.

The Social phase, can we also call it tehnic phase?

Weaning is but a passing of the teat:

from the mother to the Mother.

We flow in and out of one another, cocomprising.

We flow throughout the world and the world through us.

In The Visible and the Invisible, Merleau-Ponty elucidates the fundamental connection between perception and

his notion of intercorporeality. He asks us, in this text, to note how we are spread out in the world -- and spread

out not as a consciousness that somehow overlays being and is the obverse of being, but t]rather as a fleshly,

world," because we are sensing sensibles within the sensibility of the world and not incorporeal consciousnesses

that our touch, for example, can palpate things, and that things can guide our palpations. In other words, our

sensing, but also sensible. And it is therefore through this intertwining of sensibility, this intercorporeality, that

we allow sensible things to become the perceived things that they are for us.

Kym Maclaren. Intercorporality, Intersubjectivity and the Problem of "Letting Others Be" 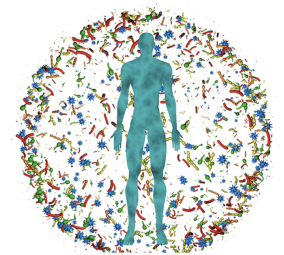 Microbiome is a big word most of us now all know, along with its marketing partner 'probiotic.' Most of my life we've been fed constant updates on the war against microbes. We pay tribute to the heroes of this great war, the "microbe hunters." Then things changed. "We met the enemy and he is us." Now we are becoming aware that we are micobial.

The great biologist Lynn Margulis demonstrated that our basic cellular unit, the eukaryotic cell, is itself a product of symbiotic unions of bacterial (prokaryotic) cells. The various 'parts of the cell, the organelles, such as the cell nucleus, mitocondria, ribosomes, centrioles, are now known to have evolved from free-living bacteria. It's as if, as Margulis put it, one bacteria ate another and got indigestion. But Marulis's story of symbiosis is more of academic concern, of interest mostly to evolutionary biologists.

It is now known that the bacterial cells of the body outnumber the eukaryotes. After the human genome had been sequenced it became apparent there was not nearly enough DNA to perform the basic functions needed to be a human body. Altogether the microbial portion is now seen as a vital organ, a vital organ located almost entirely outside of the body 'proper" (i.e., the cartesian body). Remember that the content in the lumen of the gut--that tube that twists from mouth to anus--is technically outside the body. The Microbial Phase of the body is physically separate from that old cartesian body and without which we could not exist, thus a vital organ. Though mostly bacterial, there are also to be found protozoans, fungi, viruses, and all their genes. The list of functions performed by this microbial soup and fog seems to grow daily. It is essential to the immune system. It guides our food choices, has a say in mate selection. I would not be surprised to learn it is 'they' who are really running the show. 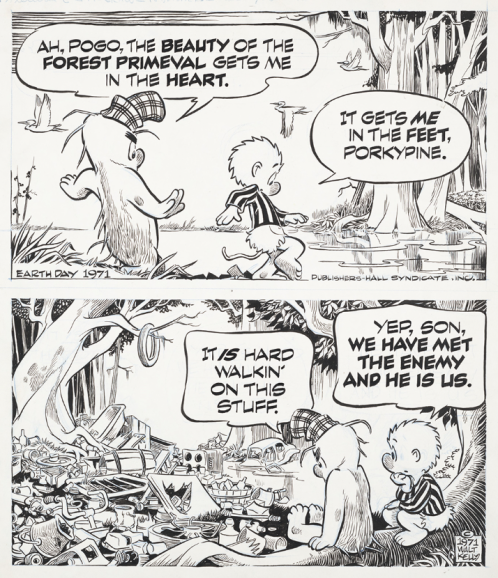 Many argue that the striking of the first flint marks the beginning of the Human, the point in prehistory where This Human animal diverged, differentiated (and Individualized?) from all of 'nature.' So, did the human invent the tool or was it the other way 'round? 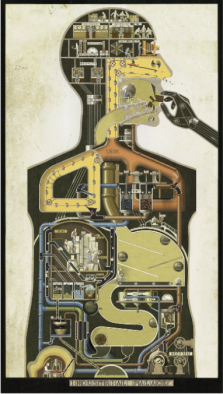 It is not a decided matter, the extent to which the Body Schema is able to incorporate inanimate objects. To what extent are our "tools" extensions of the body? It is being well documented that our ethics and our aesthetics are being led by, overdetermined by our technologies.

The time of human, the geologic era, is the time now called by many the Anthropocene because no spot of 'nature' can be found that lacks the print of 'Man.'

Trauma and the Fragmented Body 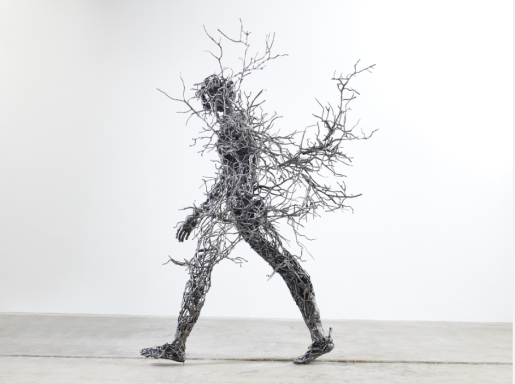