May prove to be one of the most signifant discoveries of the early Twentieth Century.

I don't know how to refer to body schema, whether it is a thing or a concept. It is a borderland, a zone that is a mix of somethig of you with somehting of the other. It is a wavering between concept and thing, willing and being.

The term body schema refers to the expression of a deep principle as it manifests in the body, in neurophysiolgy and movement physiology. It is looking at where and how in the body movement is initiated, postures held. It is also the main zone of attention for social neurobiology.

I use the term sometimes in a very broad sense as I have not yet found a word to describe the general principle.

Call it a neurological phenomenon observed and named by English neurologist Henry Head. 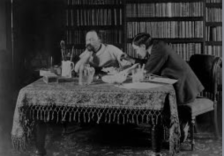 There are no entries yet.

At Play in the Field